The losing war of the London private sharing bike schemes

Since I moved to London I’ve been an avid user of all forms of transportation the city has to provide: tube, overground, buses, ferries, even cable cars! Among all these choices the bicycle remains my favorite.

I’m not a biking expert, I don’t even own a bike. I rely on what some would still call Boris Bikes, now known as Santander Cycles.

Santander Cycles is a Transport for London (TfL) operated bike scheme operating since 2010 with over 12,000 bicycles scattered across more than 800 docking stations.

TfL are the same folks that operate the tube, overground trains, buses and all other government funded methods of transport throughout the London metropolitan area.

Given TfL’s involvement, with what I assume is just a paid advertising sponsorship from Santander at time of writing, the scheme can grow and operate with little friction:

The bikes themselves are very well built. The price for a yearly membership is relatively cheap (£90 per year) and I have rarely had issues with not finding bikes or having to change my destination due to a full docking station on arrival (a common problem to fixed docks bike schemes).

Overall, I find the scheme to be well executed and I am a happy user.

Yet, every so often, someone, somewhere, thinks it would be a great idea to break into the London shared biking scheme market with a private offering and decide to compete head on with TfL.

Why on earth would anyone do that?!

I am a full advocate for an open market and competition is nearly always good. But from the perspective of a business owner, I do not understand the logic. Unless that same someone, somewhere, has a clear exit plan for a quick buck, the inevitable is going to happen: failure and wasted resources.

Yet, London, over the years, has been scattered with thousands of non TfL bikes destined to be abandoned throughout the city and many investors have lost a non negligible amount of money that could have been put to much better use elsewhere.

Since the COVID pandemic began, I thought that this madness had come to an end, but recently, another set of new bike schemes has been popping up on London streets that has left me baffled once again.

First, let's look back at how it all began.

The first battle: the flimsy bikes

In 2017 the first round of competition arrived from the far east: oBike, ofo and Mobike.

oBike entered London in July 2017 and was a Singapore based company. ofo and Mobike followed not long after in September of the same year, both based out of China.

These biking schemes, all venture backed, offered a solution to the fixed dock problem, and started placing bikes throughout the city. No docks required, just use the app to release a bike, wherever you find it, and leave it on arrival.

At first sight this may even seem like a reasonable idea, but they did not even get far enough to really compete with Santander Cycles, in fact, the lack of durability of these bikes was enough to quickly fail these projects not long after they started.

Turns out, not having a dock, actually makes some problems worse. It's easier to vandalise and lose track of bikes that have no fixed home.

It was a common sight to see ofo or Mobike bikes with bent wheels and baskets, broken pedals, loose chains or a variety of other damage due to the poor build quality.

Within a couple of years, by the end of 2019, all three schemes had either pulled out of London or completely failed. And a lot of the bikes ended up in the London canals and are a common find for magnet fishers.

The first version of the Lime bike (pictured below) also fell victim during this period. But as Lime has evolved by acquiring Jump bikes (another contender) and is doubling down on the electric advantage, they are coming back strong in the current day - more in the next section. 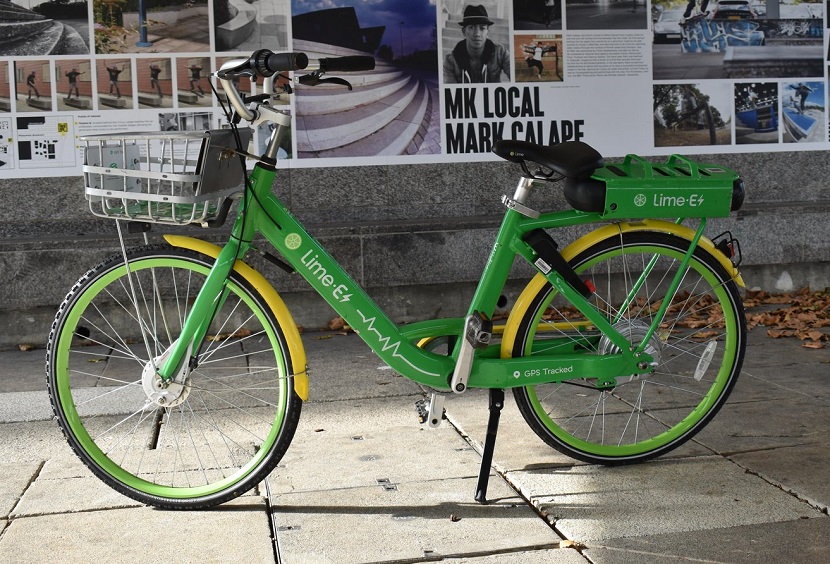 Back to the present: the sturdy electrics

The two weak points of TfL bikes arguably are:

It is using this second Achilles' heel that contenders in the current day are hoping to win.

It all started again during mid 2021 with new competition in town. The bikes are now much sturdier, and also have what seems to be very good electric propulsion! Enter the HumanForest, TIER and the new rebranded Lime Jump Bikes, all three pictured below. 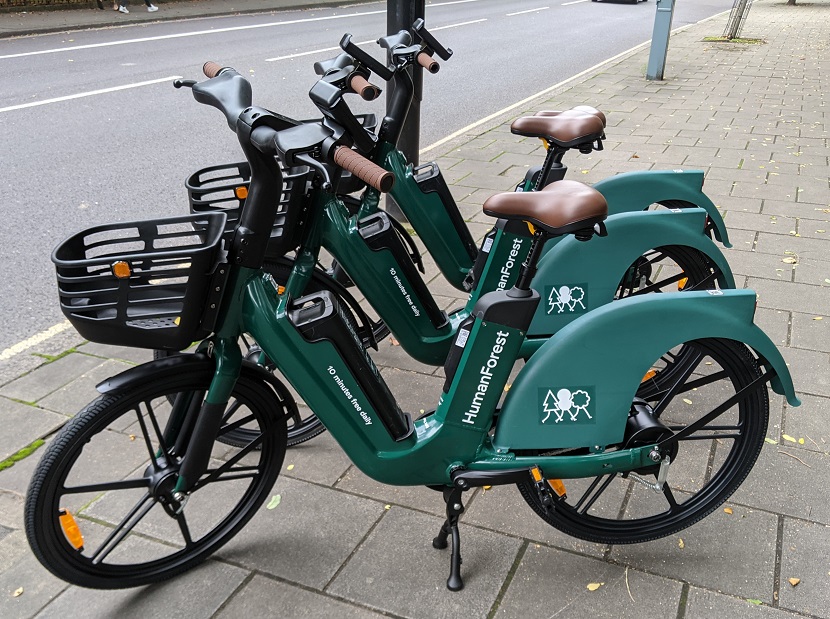 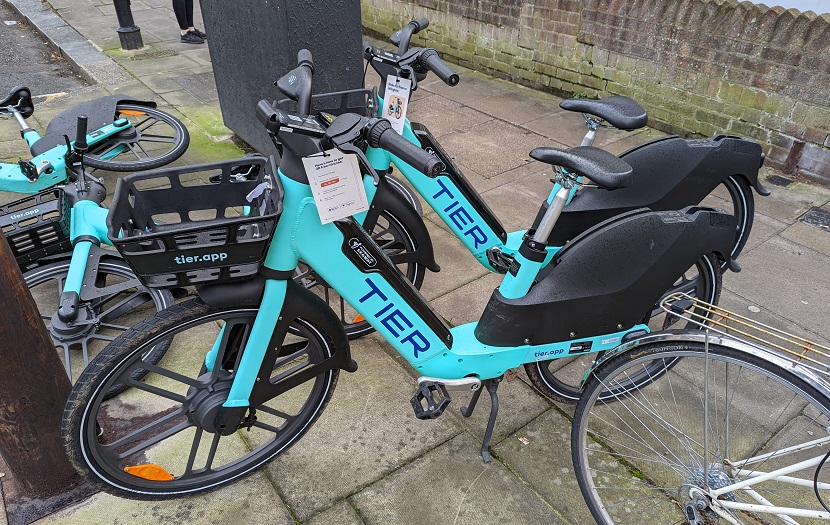 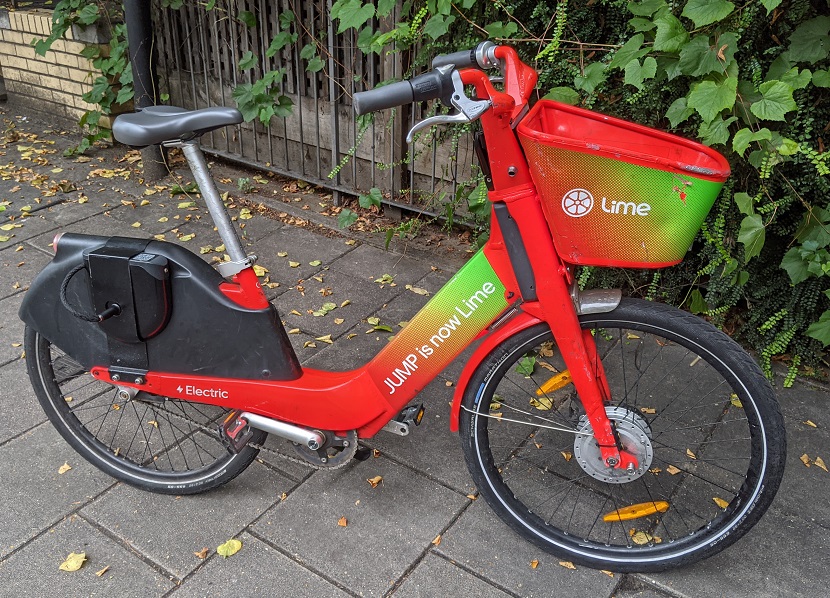 So who’s going to win this second battle? Time will tell, but I cannot imagine a scenario other than Santander Cycles being the only scheme left, again.

First, the electric advantage won’t stay forever as TfL is already planning to introduce electric bicycles on the network. And turns out, having fixed docks might make charging a non issue...

Second, competing with a government backed well established scheme in what is a very low margin business sounds to me like climbing up a mountain doing a handstand. Yes, I’m making some huge assumptions, but gut instinct tells me this is a clear end result. This is not an interesting business to invest in unless there is a hidden motive.

There are a couple of other angles that come to mind, but they all seem weak:

“the target user is different”

Although there might be a slight truth in this, the main target user is definitely the same: locals and commuters (myself included). And building a whole bike scheme for a niche different user in London, does not justify the investment and may never have a good return.

“more than one bike scheme can be successful”

London is BIG. To serve the city well, you need coverage. For another bike scheme to really be an option you need to replicate TfLs network, and that is very expensive (competitive moat). Many bike schemes start from one single neighbourhood and I’ve always found them to be useless. I use bikes to cross the city, not to avoid 10 minutes walking. Again, this does not seem a good reasoning.

“dockless bikes are better, having docks is a huge problem”

As a user, I’ve found this to be a non issue with Santander Cycles given the size and capacity of the network. Also, although dockless bikes seem like a good idea initially, it quickly becomes clear that there are big disadvantages to not having docs:

“there is good margin in this business”

OK, I admit I have not run the numbers. But these bicycles need to be well built. And although there is likely some economy of scale, they are definitely not “cheap”. There seems to be no public numbers on the cost of each Santander Cycle bike but assuming a conservative £250 per bike, you need three subscribers per bike to cover the cost, and that’s without taking into account operational costs, docking station costs, legal fees etc. etc. This is not a high profit business and it’s not hard to see. There is a reason why it’s government funded and not self sufficient.

If anything, these schemes will only make Santander Cycles better, so as a user, I’m an overall winner. There is still a huge waste/recycle problem when these competing schemes fail, but that’s a different topic. And with that, I’d like to leave you with one question: why are people still funding these schemes in London? If you know the answer, please let me know.